Say Hello to the Staff of FBC Elk City

Matt earned a Bachelor of Arts degree in Education from the University of New Mexico and a Master's of Divinity from Southern Seminary in Louisville, Kentucky. Matt has been in ministry since 2005 and has served as a Senior Pastor and a Missions Pastor. Matt was born and raised in Farmington, New Mexico and comes to Elk City from Albuquerque, New Mexico. As a young adult, Matt surrendered to the call to ministry. Matt has been married to his high school sweetheart, Charity, for 15 years. Together, they have two children, Gavin and Cassidy.

Michael David has been the Children's Pastor at FBC Elk City since February 2012.

He and his wife Brandy have been married since 1993 and they have 4 children. He enjoys spending time with his family while going to various sporting events, hunting and cycling.

Boomer grew up in First Baptist Church, Inola. After graduating high school in Purcell, OK, Boomer attended The University of Oklahoma where he studied Letters - a degree combining History, Literature and Philosophy. He has been in vocational ministry for 9 years and serving in Norman and Hollis, Oklahoma and currently in Elk City. Boomer is married to Mackenzie, who is an elementary teacher who loves music and teaching kids. They were married in the summer of 2016 and gave birth to their first child in summer of 2018. Boomer is also currently pursuing a Master of Divinity.

Ministry Assistant to the Associate Pastor

Pre-School Director and Ministry Assistant to Students and Children 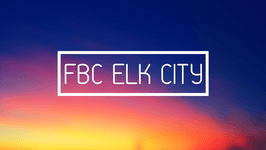